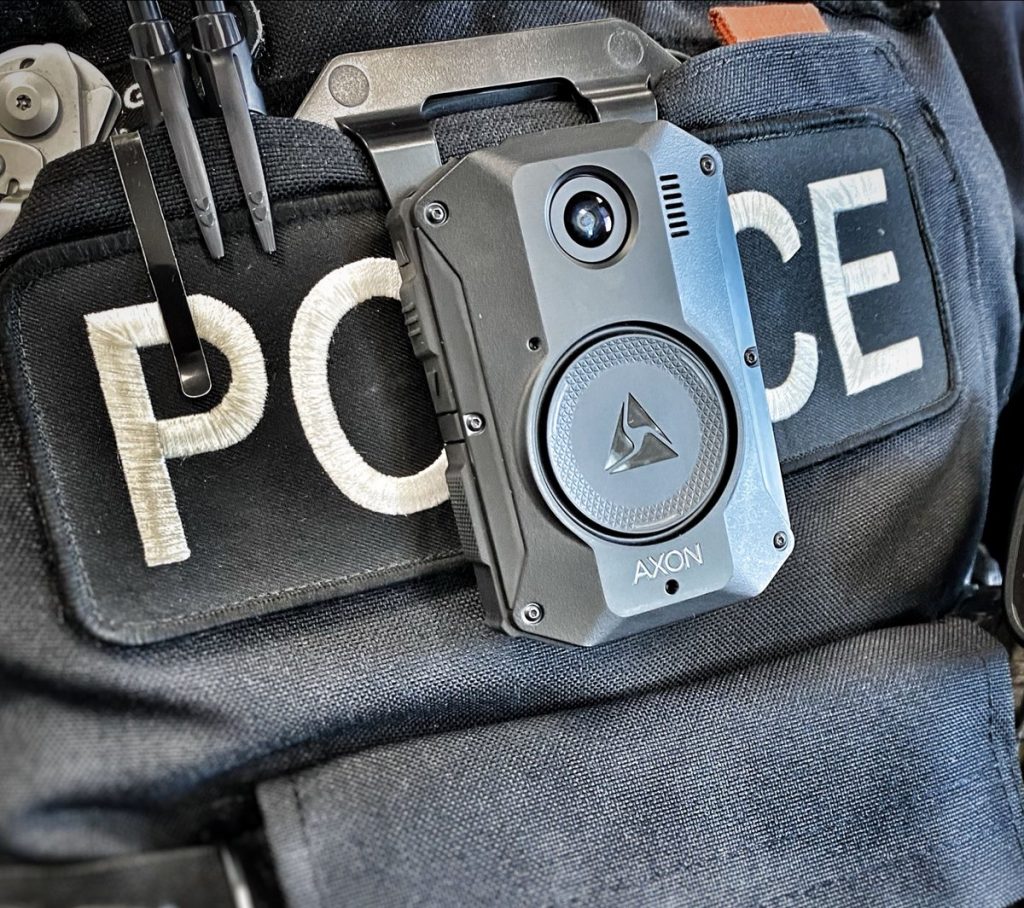 Barrie to implement about 150 body cameras for front-line officers.

Local police in Barrie, Ont., tested body-worn cameras on 25 front-line officers on four platoons from October 2020 until February 2021 to determine their effectiveness.

The department said the officers found the presence of cameras helped keep people—public and officer alike—civil and on their best behaviour.

“We do notice that people act differently and that it creates a better interaction for us,” Staff Sgt. Dave Goodbrand told members of the Barrie Police Services Board on Feb. 18.

Because participants found cameras beneficial, the force is planning to purchase cameras for about 150 front-line officers. Goodbrand said that, if all goes well and if the budget allows, Barrie police officers hope to start wearing cameras this spring with an eye to having all front-line officers outfitted by the end of the year. Add-ons include automated activation of the cameras when the lights of the police cruisers are turned on, and when a Taser or side arm are drawn.

Surveys are also being distributed to the officers who have worn them to get an evaluation of the equipment and their use, but Goodbrand said the early indications are positive.

“They wouldn’t want to go without them now that they’ve had them,” Goodbrand told board members. “From preliminary discussions with the officers, they felt it was a very valuable too. They felt they were treated differently, better.”

Though cameras do tend to generate more work, they also have evidentiary value. Goodbrand said he thinks this “actual proof” will result in more guilty pleas, reducing the need for some cases to go to trial. Video captured from a 12-hour shift could consume two to three gigabytes of memory. The cameras will also work in tandem with their digital evidence management system.

Barrie is not the first to implement the cameras. Police forces in Fredericton and Calgary having adopted them, Toronto and Peel Region are in the midst of employing cameras and Durham Region, Thunder Bay, Guelph and Stratford also launching pilot programs.