Features Case Law
Aggravated assault: what is a wound? 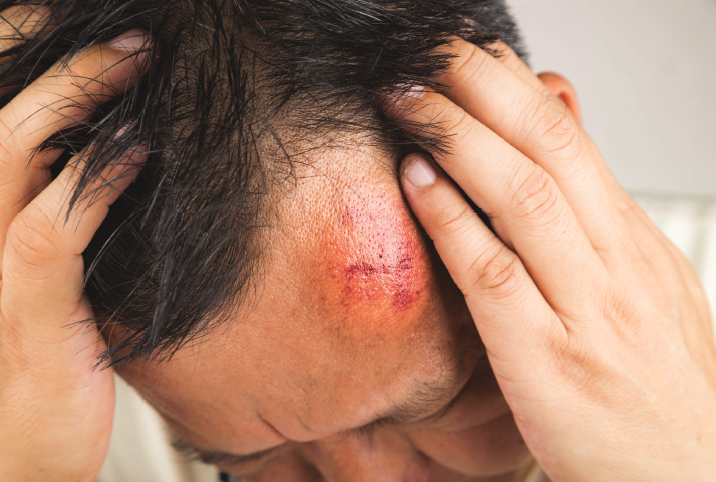 British Columbia’s top court has determined how serious an injury must be before it rises to the level of a “wound” for the purposes of aggravated assault under the Criminal Code.

In R. v. Pootlass, 2019 BCCA 96, a man heard his door open while he lay in his bed. The accused, Pootlass, who the man knew, entered the room. The man thought Pootlass was going to ask for a cigarette. Instead, however, Pootlass began punching the man repeatedly in the head and continued to do so for about 30-40 seconds. After the attack, the man was found bleeding in the lobby and an ambulance was called.

At trial in B.C. Provincial Court, Pootlass was found not guilty of aggravated assault. The judge found the victim’s injuries did not amount to a wound. He said, “a wound contemplates a tissue injury that results in permanent damage or long-standing dysfunction, including injuries that result in serious internal or external bleeding or other serious internal tissue damage.” Since the injuries did not fall within this meaning, the judge acquitted Pootlass of aggravated assault, but convicted him of the lesser included offence of assault causing bodily harm instead.

The Crown appealed Pootlass’ acquittal of aggravated assault to B.C.’s highest court, arguing the trial judge erred by finding that a wound under s. 268 required “permanent damage or long-standing dysfunction.” The Crown submitted that the word “wound” required no more than a breaking of the skin that bleeds and something that amounted to more than minor bodily harm.

Pootlass, on the other hand, contended that the trial judge did not err in holding that the victim’s injuries were not sufficiently serious to be an aggravated assault.

“Every one commits an aggravated assault who wounds, maims, disfigures or endangers the life of the complainant.”

“Wound,” however, is not defined. In determining whether an injury rises to the level of a “wound” in s. 268(1), Justice Bennett, authoring the unanimous Court of Appeal decision, examined the legislative history of the word “wound” as it appeared in United Kingdom offences and Canadian criminal statutes.
She also noted, the Criminal Code utilizes a three-tier scheme for assaults of increasing seriousness: (1) assault simpliciter, (2) assault causing bodily harm and (3) aggravated assault. “Bodily harm” is defined in s. 2 as “any hurt or injury to a person that interferes with the health or comfort of the person and that is more than merely transient or trifling in nature.”

As for bodily harm, Bennett found it “is defined in terms of both the significance of the injury and its persistence through time—bodily harm can be either trifling or transient as long as it is not both.”
Bennett held that “aggravated assault is a more serious offence than assault causing bodily harm” and therefore requires something more. She also noted that courts in Alberta have required a “wound” to result in permanent or long-lasting damage while courts in Ontario have required the injury to be more than merely trifling, fleeting or minor. In B.C., some courts have held that a “wound” required more than minor bodily harm.

In defining the word “wound” in s. 268(1), Bennett rejected a requirement that the injury be permanent or long-lasting, nor would any injury that meets or marginally exceeds “bodily harm” as long as it bleeds suffice. Rather, wounding will require a consequence sufficiently more severe than mere bodily harm. Bennett concluded that the wounding requires “serious bodily harm.” She stated:

[T]he definition of ‘wound’ contemplated by the aggravated assault provision is a break in the continuity of both the epidermal and dermal layers of the skin that constitutes serious bodily harm. [para. 3]

[A] wound, as the word is used in s. 268(1) of the Code, is a break in the continuity of the whole skin that constitutes serious bodily harm. Serious bodily harm is any hurt or injury that interferes in a substantial way with the integrity, health or well-being of the complainant. [para. 113]

In this case, the injuries to the victim amounted to wounding. They were breaks in the continuity of the skin (they bled) that constituted a substantial interference with the physical integrity or well-being of the victim.

“[The victim’s] bleeding is decisive evidence of a break in the continuity of his whole skin,” Bennett said. “A cut that requires five stitches or staples is a substantial interference with someone’s physical integrity.”
The Crown’s appeal was allowed, Pootlass’ conviction for assault causing bodily harm was set aside, and a conviction for aggravated assault was substituted. Pootlass’ sentence, however, was not changed.