Features Off the Shelf Opinion
After the Force: True Cases and Investigations by Law Enforcement Officers 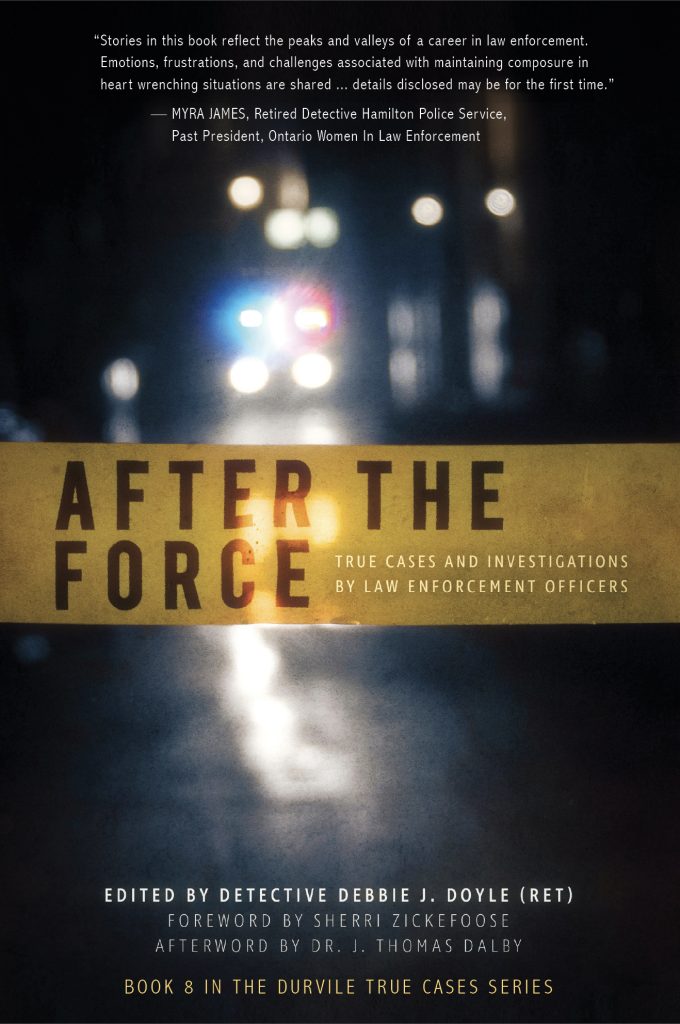 Like its predecessors in the Durvile True Cases series, After the Force features true cases and investigations from Canadian police officers who have served in municipal, provincial, and federal police services. Stories in this anthology are written by people who are passionate about their work in law enforcement and who generously explain what it was about their work that led them to choose a career or specific way of life after the force. Among the themes in the book are stories dealing with prostitution and sex work, racism and misogyny, an encounter with a cop killer, police suicides, a child miraculously surviving a fall from a high-rise balcony, an officer dealing with a partner who was experiencing severe PTSD, a suicide from a bridge, and child sexual assaults. Optimistic themes and activities arise in these writers’ lives after retiring from police work, such as writing, painting, assisting Indigenous communities, and facilitating community improvement.

Many people have a preconceived notion of the work of a police officer but don’t understand the personal sacrifices, the mental anguish, the emotional toll and the interpersonal changes the investigations have upon them. Police officers carry scars and memories which can have profound effects upon their relationships with loved ones and family, for life. This book provides a gut-wrenching account of the true inside work of a police officer, tells of the forfeiture of our innocence, and provides a glimpse into the distress and disbelief within our society as investigators help the victims. This book provides a rare, honest, and raw account of policing like no other.

These humanized accounts written by experienced officers caused me to reflect upon my thirty years in policing. The emotions, frustrations and challenges associated with maintaining composure in heart wrenching situations are shared in these stories. Many of us have been there and know exactly how it feels to console victims after a lengthy court process, following a next of kin notification, or in the midst of family violence investigations. The stories, clearly articulated in the book, reflect upon the peaks and valleys of a career in law enforcement. They enable reflection and celebration of lengthy careers. Details disclosed may be for the first time which is apparent by the emotions expressed by the authors.