Advocates for Canada’s prison farm system said they felt wind in their sails on Wednesday after learning the federal government was about to start reviving the program they’ve been fighting to restore for years. 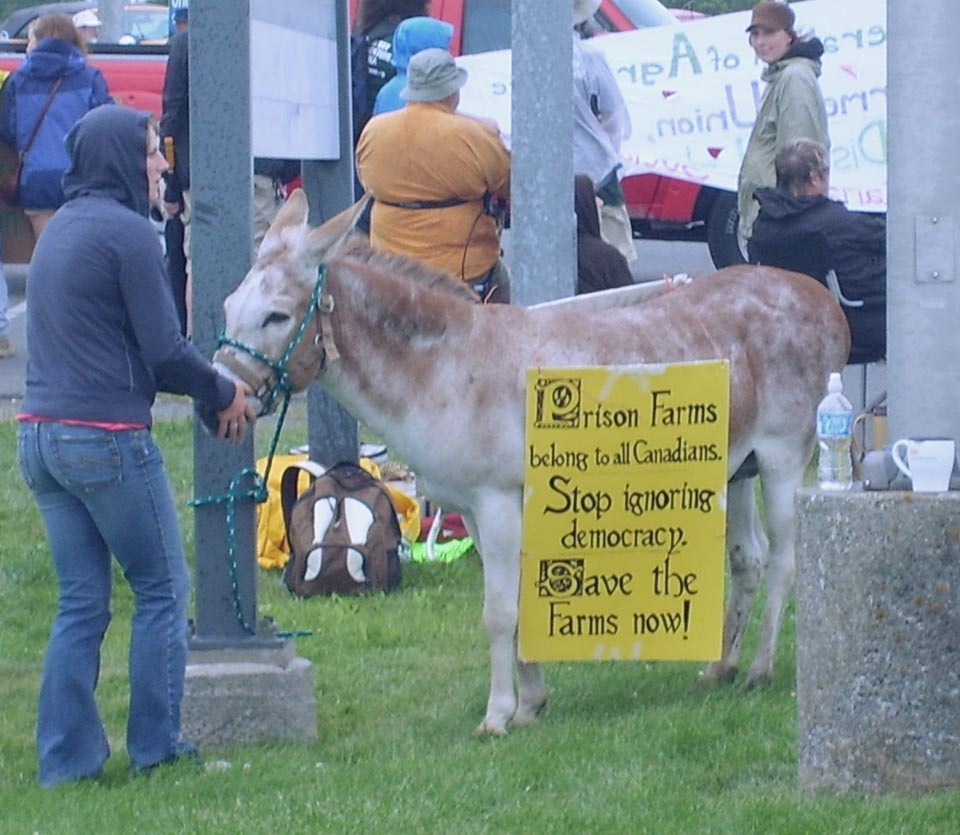 One of the measures announced in Tuesday’s federal budget earmarked $4.3 million over five years to reopen two shuttered prison farms that operated near Kingston, Ont. before their closure in 2010.

The Joyceville and Collins Bay farms were among six shuttered when the then-Conservative government concluded they were unprofitable and ineffective.

Advocates passionately fought for the farms, which operated in Ontario, Manitoba, Saskatchewan, Alberta and New Brunswick prior to the shutdown and produced much of the food consumed in the prison system in those provinces.

They argued that inmates working on the farms gained valuable life skills that greatly decreased their odds of reoffending once they had served their time.

One group formed in Ontario even launched a co-operative to purchase some of the dairy cattle from one of the defunct prison farms and paid to house them until they succeeded in their quest to reopen the facilities.

Tuesday’s announcement in the Liberal government’s budget, they said, makes them feel like they’ve nearly achieved their goal.

“It’s been nine-plus years of lobbying, campaigning, driving the country,” said Jeff Peters, chairman of the Pen Farm Herd Co-Op. “Finally, we’re getting close. We’re only on third base, this has been a long, long game, but we’re heading for home.”

Peters was an early crusader for the farms, which had operated in Canada since the 1880s until they were axed during Stephen Harper’s tenure as prime minister.

At that time, the Conservative government argued the farms consumed more money than they made while conferring minimal benefit on the prisoners.

At a 2010 speech in Toronto, then-Public Safety Minister Vic Toews contended that less than one per cent of prisoners who worked on the farms actually went on to find work in an agricultural setting. He argued that rehabilitation efforts ought to be focused on the sorts of environments former inmates would find themselves in once their incarceration came to an end.

But prison farm advocates said the facilities did much more than Toews gave them credit for. They argued that farm work for inmates not only promoted values such as work ethic and responsibility, but taught sometimes hardened criminals to view the world around them and even living creatures in a more productive light.

Sustainable food activist Andrew McCann, who was briefly arrested over his efforts to prevent the Kingston-area farms from closing, said people serving time for murder developed a different outlook after helping cows give birth and raising calves on the farms.

“Helping mothers give birth is a profoundly transformative process for many of these men,” McCann said. “That’s at the heart of the therapeutic program.”

Advocates said they hope the newly announced funds from today’s government will allow for a more comprehensive program that includes research as well as farming.

Peters said that while the land at the Collins Bay and Joyceville farms is still in good condition, the animals would benefit from more spacious, modern barns that will allow for more movement and provide safer shelter.

“The cows have become bigger in the genetics and so on,” he said. “There’s just better ways to keep animals happy.”

McCann, for his part, said he hopes the modernized program will also contain a research component that will allow government to track the effects of inmate participation both during and after their time on the farm.

The 2018 budget makes no mention of the other four facilities that are currently sitting idle, but activists outside Ontario said the revival of prison farms in that province bodes well for their local efforts.

Terri Cormier, who actively campaigns for the reopening of a large, mixed farm in Dorchester, N.B., said she was thrilled to learn that the Ontario facilities might soon be up and running, adding she’s hopeful farms elsewhere may eventually rejoin their ranks.

“We know we’re on the roster,” she said. “I’m just pushing to make sure we stay on it. Then we’ll see what happens from there.”