News
Above and beyond the call of duty 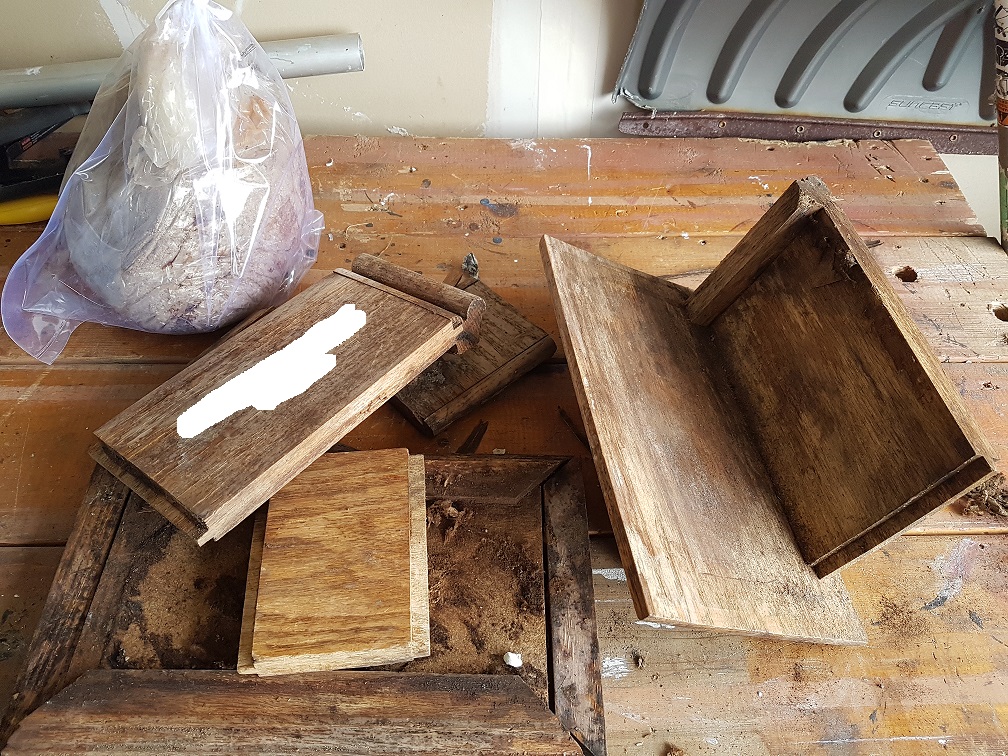 May 26, 2021 – In the summer of 2018, Detective Steven Lewis of the Ottawa Police Service’s Drug Unit was processing drug evidence at the department’s Evidence Control Section when he struck up a conversation with two of his civilian co-workers.

He was told about one peculiar piece of evidence: an unclaimed wooden funeral urn containing cremation ashes. Curious, he inquired further and learned that it had been found on the riverbank by a canoer in 2013. It was then turned into the front desk at police headquarters. Initial attempts to identify its source were unsuccessful. So, the urn and ashes were classified as a cold case file and it sat on a shelf in the Police Evidence room until 2018 when Lewis learned of the story. Intrigued, he decided he would dedicate his free time to finding the next of kin.

He started by searching several data bases for the name Anita D’Esterre, which was engraved on the side of the urn, but found nothing. It, however, was also engraved with a  serial number so Lewis was able to identify the crematorium—a place called Kelly’s, located in Montreal. They provided him with documentation that confirmed the ashes were of a woman named Anita D’Esterre, who had passed away in 2002. However, there was no record of the next of kin. There had not been a funeral, visitation or celebration of life event. There was no obituary, no driving record to be found, no financial information and no information about who the urn had been turned over to following cremation.

Further investigation revealed that there was a tree planted at the University of Guelph in the memory of D’Esterre. Lewis contacted the University but, due to privacy laws, they couldn’t provide him with any further details. They did, however, contact the person (who turned out to be D’Esterre’s sister, Isabelle McDonald), who had planted the tree in memory of her sister.

They then contacted McDonald, who granted the university permission to release her name and telephone number to Lewis. He called her to tell her about his quest to find the urn’s owner and confirmed the remains were that of Isabelle’s older sister, Anita.

Lewis also finally obtained a copy of the archived obituary from a “historical enthusiast”, his brother-in-law, James Wright, who confirmed that McDonald was the next of kin. D’Esterre had passed away in 2002 after an illness. At the time, she was a widow with no children. There were no other relatives living in the same city or even in the same province for that matter. All of her former husband’s immediate family were also deceased. Her estate executor, a person estranged from all members of D’Esterre’s family, was contacted by the hospital where she died and arranged for her cremation. Her family was not advised of her passing until after cremation and, apparently following her wishes, there was no funeral or celebration of life. What the executor had done with her ashes was never determined—at least not at that time.

McDonald, who is also a childless widow, lives in Guelph, Ont. She did not own a car and had never had a driver’s license. So, in October 2018, after repairing the damaged urn, Lewis drove to McDonald’s home in Guelph, Ont., to return the ashes to their rightful owner.

“I recall Isabelle being very emotional and was so thankful. I remember her saying that she could finally put her sister to rest and have a proper burial for her  which she did,” said Lewis. “We spoke regularly after that and she never stopped thanking me, she was such a nice beautiful lady.”

McDonald also sent him a thank you plaque and they kept in contact until her death.