Change is a natural part of the human experience and the extent to which organizations embrace fluidity in their operating environment is an excellent indicator of their strategic health. Police services are not immune to disruptive change. Technological, demographic and sociological shifts are creating megatrends that will reshape the communities that police agencies serve. This disruption is having a significant impact upon the nature of policing. New operating models are being leveraged to deliver essential police services more effectively and digital tools are delivering significant new capabilities to officers on the front line. 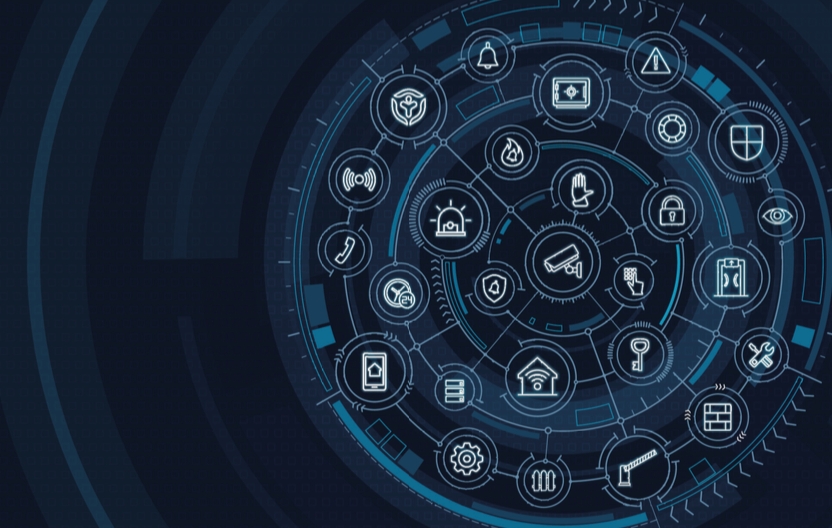 Enabled citizens  or capable criminals?
The information age represents a social and industrial revolution and police services must keep pace with the change that surrounds them. By 2050 two-thirds of the global population will live in cities and urban areas will welcome more than one million new inhabitants per week over the next 40 years. This shifting population will be more connected than ever, with the number of Internet-enabled devices growing exponentially. By 2020 our world will include over 50 billion connected “things” and by 2025 over 75 per cent of all members of the workforce will be digital natives.

The costs of sensors and electronics, broad band connectivity and on-demand cloud computing will fall dramatically in future years, while the computing power of mobile platforms will continue to increase. The cost per gigabyte of storage has dropped from $592 in 1992 to $0.03 today and it continues to plummet.

Meanwhile, the standard iPhone 7 is over 1,300 times more powerful than the computers that took Apollo 11 to the moon. The ‘always-on,’ globally-connected and mobile-empowered population will generate an expansion in technology applications that improve quality of living for citizens. Eighty-seven per cent of citizens already say that they are seeking seamless, connected experiences from their public and private sector service providers and this will drive change in policing.

The future operating environment for police services will include cities that are system driven environments. Areas of operational responsibility will include a web of citizens, service providers and government agencies that are intimately connected through mobile devices that leverage huge amounts data through Artificial Intelligence (AI) and robotics applications.

This reimagined future will profoundly affect the workforce with up to 50 per cent of all jobs on the planet being replaced by a digital labour force by 2030. For police services, robotics and AI may allow agencies to improve the productivity of their members by 40-80 per cent while reducing costs by up to 50 per cent. They will provide opportunities for the redeployment of vital human capital into public facing roles.

Improving the bottom line by enabling the front line
Of course, some things will remain constant in this changing world. Police services have become used to tight operating budgets and fiscal pressure will remain high. Despite the growing number of citizens within most urban jurisdictions, police services will be called upon to reduce costs and this will result in a continuing drive to lower head count while concurrently providing a greater police presence on the streets.

Operational priority will be increasingly focused on core policing tasks with a clearer delineation of responsibilities between public safety stakeholders. Shared, digitally enabled processes will provide greater co-ordination between these organizations. This network of stakeholders will include public and private sector service providers who will partner with police forces to deliver the operational support in areas such as social work response, prisoner handling and traffic management. These agencies will use shared situational awareness tools and interoperable command and control systems.

In some areas, regional and municipal services will be amalgamated. Technology will enable the ever-widening adoption of “shared service” arrangements for corporate services such as HR, finance and IM/IT. It will also help reduce costs in specialist areas such as forensics. In many instances, organizational redesign will be undertaken to transfer some administrative and civil law tasks to other federal, provincial or municipal agencies.

Government bodies, regulatory authorities and citizens will have the ability to assess open source data in order to review police activities and results. This wave of change is already under way.

Insights gained through data analytics will transform the way work is done by uncovering patterns. Officer wellbeing, behaviour and proficiency will be digitally monitored to ensure professional standards are maintained and that adjustments are made in behaviour patterns before they present a problem.

Digital technologies will allow police services to improve asset utilization, reduce costs and liberate officers from their stations in order to allow them to spend more time in the community. Mobile digital technology will be a force multiplier that will help put more officers on the street without increasing the number of sworn officers recruited. They will provide improved command and control facilities and better ways to complete tasks in the field as opposed to the office.

Citizens will demand new ways to access police services and yet they will still expect to see officers in their neighbourhoods, despite the growing imbalance in the officer-to-inhabitant ratio in many operational areas. Social media tools will be relied upon more heavily to deliver better outreach, messaging and communication with the public, community groups, the media and key influencers. E-portals will allow citizens to interact with police services and to rapidly share information that can be used to deter and disrupt criminal activity.

The public will expect police forces to provide more effective deterrents to crime, faster response times, improved clear up rates and far more transparency. Devices such as body-worn cameras will create a requirement for increased data storage and new tools for analysis and dissemination of information collated. Algorithms and AI tools will be necessary to collate, distil and interpret the vast amounts of data gathered by ubiquitous surveillance devices, including moving and static images from CCTV and mobile cameras, acoustic information and communications data.
Information and intelligence sharing is already being facilitated — and mandated — at unprecedented levels. There will be a rapid increase in the adoption of data analytics to enable predictive policing models, better threat analysis and scenario planning.

Policing has evolved considerably since the days of Sir Robert Peel, who is credited with creating Britain’s Metropolitan Police in the early nineteenth century. The advent of the digital era is creating a case for significant change in the way that services are delivered, and new operating models are emerging that focus specifically on the management and exploitation of data. Information has always been a strategic resource in policing and it is now the key to operational success.

By adopting the technologies outlined above and adjusting their operating procedures, police services will be able to embrace change and usher in the modernization that is so acutely needed.

Derek Dobson is EY’s Global defence chair and leader of the firm’s Canadian Defence, Security and Resilience practice. Find him on LinkedIn or visit www.ey.com for more information.
Print this page

Related
Emerging tech that can make smart cities safer
Sneak Peek: An advance look at the Blue Line Expo show floor
Are we ready for the digital tsunami?
2017 Horizons: From drones to smart cities to cyber security and more