We would like to introduce Blue Line’s newest column, Behavioural Sciences, by Peter Collins, the operational forensic psychiatrist with the Ontario Provincial Police’s Criminal Behaviour Analysis Unit. Collins has an extensive background in violent crime and has worked with, as well as instructed, numerous criminal justice agencies in North America and beyond. This column will tackle modern behavioural issues in relation to law enforcement and seek to provide solutions through the latest research and tools, as well as stimulate discussion. Special thanks to Niagara Regional Police officer Robin Bleich for making the introduction. 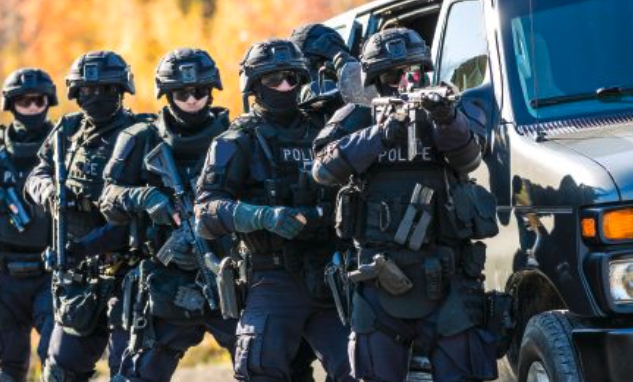 Although the theory of “victim precipitated homicide” was first described by Dr. Marvin Wolfgang in 1958, and the phrase “suicide by cop” (SBC) was coined by Karl Harris in 1983, it has only been over the last two decades that we are hearing perpetrators state, “This is a suicide by cop situation,” or something to that effect.

By definition SBC is a method of suicide that occurs when an individual engages in threatening behaviour, with the goal of being killed by law enforcement. Today, it has entered the language of mainstream society and the incidents have increased.

Until 2009 it was thought SBC occurred in approximately 13 per cent of officer-involved shootings (OIS). After examining 707 OIS incidents in North America (100 of them in Ontario), Dr. Kris Mohandie, Dr. Reid Meloy and myself found slightly over one third of all police deadly force encounters could be classified as suicide by cop (36 per cent). 1

There is a myth of a negative correlation between suicidal risk and homicidal risk; in fact, the opposite appears to be true – a suicidal person poses a greater risk of homicide (or at least violence toward others) than a non-suicidal ideation.

A certain subset of individuals will have a suicidality that crosses over into endangering others, primarily police officers. Suicidal individuals can in fact threaten, injure and kill others in their quest to die by suicide.

SBC subjects are also quite lethal to themselves, with a 97 per cent likelihood of being injured or killed. There was also a moderately high risk of injury or death to others, including law enforcement, with a one in three chance of others being harmed during the incident.

Most SBC subjects were armed; many with a loaded and operational firearm. Nearly half of those with a firearm actually discharged it at the police during the incident. Approximately 20 per cent would feign having a weapon in order to fool the police into shooting them.

The majority of SBC cases are spontaneous but there can be clear verbal and behavioural indicators that occur prior to and during the event. Above and beyond the common symptoms of a major depressive disorder – helplessness and hopelessness, poor sleep, weight loss, poor concentration – will be present in SBC individuals. They approach the police or cause an action that will provoke others to call the police.

The precipitating event ensures a police presence. Since the subject wishes to die at the hands of the police, they will create an incident that is designed to bring the police to them. The subject forces the confrontation. Instead of surrendering, they will take actions that escalate the incident, such as taking an aggressive stance.2 Even if the officers retreat to a position of safety, the subject may continue to advance towards them and ignore commands to drop the weapon.
Some SBC indicators include:

On average, the SBC perpetrators are in their 40s, have a history of unemployment or being underemployed, have substance abuse issues and meet the criteria for antisocial, narcissistic or borderline personality disorder.

Other findings by Mohandie, Meloy and myself include:

In summary, the available evidence indicates SBC subjects are much more likely than regular OIS subjects to be deliberate, wilful and resolved in their actions to provoke and draw fire from law enforcement. However, four out of five did not plan their suicide for that day, but instead became acutely suicidal in response to circumstances or police intervention. This suggests a much more affective mode of violence which is intensely emotional and reactive, rather than the planned and purposeful (predatory) violence of the mass murderer, despite the suicidal outcome and high prevalence of mental disorder in both groups.

The paradox among SBC cases appears to be that unplanned, acute suicidality becomes, within moments, a resolute intentionality to be killed by the police. The findings that they are more likely to shoot at officers and harm civilians during the time preceding and after police arrival (during the overall event), draw more fire from officers, are more likely to die, appear to be more threatening to others, and are more likely to be armed than regular OIS subjects support this conclusion.

The finding that officers fire less rounds at subjects found not to be suicidal suggests that a “normal” subject involved in a shooting gives up their agenda – likely escape – or reacts with fear and surprise once rounds are fired at him or her. He or she realizes it is futile to fight, has a will to live and usually surrenders.

The SBC subject, on the other hand, appears to continue their threatening or provocative behaviour once firing has begun by the police, perhaps consciously realizing that their desire to die at the hands of the police is momentarily within their grasp.

My goal, in this monthly column, is to explore a wide variety of behavioural issues that are related to law enforcement. Please don’t hesitate to contact me if you have any questions or suggestions for future topics.

Related
Mental Health Awareness: Self-Care for First Responders by Stephanie Miloknay and Marc Laferriere
Cannabis – what are the risks?
Psychological debriefing – are we doing more harm than good?
Patch trading, a look at suicide by cop, weapon retention systems & so much more at Blue Line Expo 2019