Features
A common theme: Navigating the crisis in the negotiation

Police crisis negotiators will rarely deal with the type of hostage taker whose demands are clear and substantive. This instrumental hostage taker will be organized, goal-driven and will not be concerned by the presence of police or their tactics. 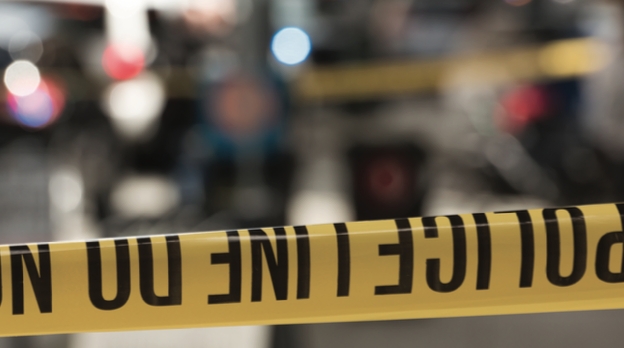 A crisis negotiator is more likely to deal with an expressive-type criminal, or a person with limited coping skills, a personality disorder, and/or a mental illness. This type of person is in a state of crisis. The common theme here is crisis.

The overall objective is to resolve high-risk critical incidents peacefully using the concept of “contain and negotiate.” The negotiator’s job is to arrange a settlement by communicating, conferring and discussing with the person in crisis. The negotiator must recognize it is an emotionally driven event, which means they must acknowledge the emotions and work with them. This is much easier said than done, of course.

A police negotiation is one of the most demanding and stressful events that a police officer will ever face. With the use of active listening skills, persuasion techniques, problem solving and bargaining skills, the chance of a successful and peaceful outcome will significantly increase.

A case in point: A 42 year-old male was armed with a handgun and had forced his way into his ex-girlfriend’s residence where he forcibly confined her for several hours before she was able to escape and call 911. Uniform members quickly responded, followed by the tactical team and the incident commander.

Placing a call to the suspect is a priority for the incident command team as having the suspect on the phone greatly assists in knowing the suspect’s location and state of mind. Both these pieces of information are critical in developing the subject assessment and subsequent negotiation strategy.

At this time, the suspect had challenged the police by going to the windows and pointing his handgun towards areas where he thought the police were. The negotiator received a text from the suspect demanding the police leave the area immediately or he would come out and confront them.

The first step is active listening and assessing the subject. The subject assessment determined that they were dealing with the expressive-type criminal. He was unorganized, acting on the emotions of fear and anger. Keeping the suspect on the phone, showing empathy and allowing him to vent his frustrations was key to de-escalating the situation. It also allowed the negotiating team to formulate a negation strategy. As long as the suspect is talking with the negotiator, he is not confronting the tactical officers and compromising his safety and their safety. Active listening is vital in developing negotiating strategies, considerations, hooks, triggers and critical in developing a rapport.

Obtaining as much information as possible (in relation to the suspect) is also fundamental in developing the negotiation and building a rapport. Background information — such as a pet, hobby, personal interests, job, family member details — may seem insignificant but it is imperative in developing the hooks and triggers. The typical question-and-answer, just-the-facts type of approach will not work in crisis negotiations.

The negotiating team will consider potential third parties to assist in developing the strategy. The third party could be reliable and trusted friends or family members, a family doctor, a lawyer or a member of the clergy. Another asset for the negotiating team is to have a psychiatrist or psychologist at the scene. If the doctor cannot attend the scene, you can at least consult over the phone. A psychiatrist provided valuable support in the case study we’re looking at in this article.

The negotiations went on for five hours, the suspect de-escalated and a rapport was developed — a critical point in the strategy. Without trust and rapport, you cannot go to the next level of influencing the suspect’s behaviour, leading to behavioural change.

The negotiating team noticed a change in the subject assessment. He gave the primary negotiator verbal clues indicating that he was suicidal. The primary negotiator asked him if he was going to kill himself. Confronting the intent to commit suicide and the emotions behind it are important. The more details and planning that have gone into committing the act of suicide indicate a greater risk.

The negotiator used this shift in the situation effectively by communicating to the suspect that his situation was accepted. The suspect was then convinced to be taken into custody by the negotiator presenting a positive recovery plan to get him help. Saving face was achieved by reassuring the suspect that seeking professional help and confronting his illness showed character and strength.

The suspect accepted the negotiator’s advice and was given detailed instruction on where to come out and what to expect and a peaceful outcome was reached.

Tom Hart is a former Durham Regional Police Service detective, where he spent 20 years as a crisis negotiator and eight years as a member of the tactical support unit. He is the president of Canadian Critical Incident Inc., which provides police with training in crisis negotiations and major incident command. Reach him at tom@canadiancriticalincident.com.
Print this page