Features
A case for an integrated interdisciplinary approach 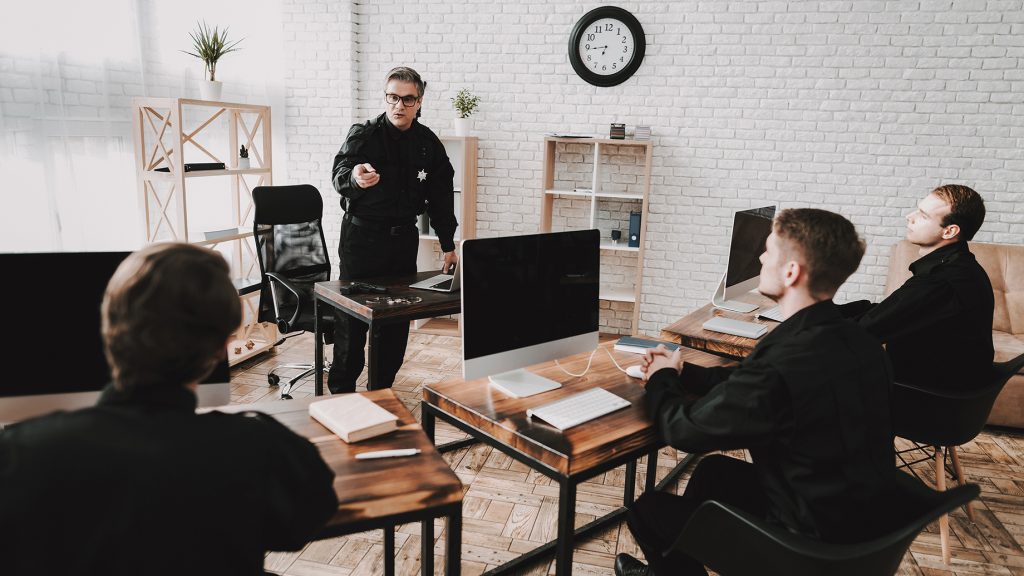 The past year was one that unearthed critical issues in policing. It shed light on issues including systemic racism and discrimination, police response to people in crisis, use of force and officer wellness. It also resulted in a collaborative commitment from law enforcement leaders across Canada to work toward addressing these issues with the collective goal of reducing conflict during police-civilian encounters, minimizing use of force and preventing injury. This commitment includes a critical review of current models, policies, procedures and training practices, as well as the development of a national standard and model for de-escalation and crisis intervention training.

Given the complexity and dynamic nature of policing, it is highly unlikely that any one model, theory or approach will hold the answers we seek, but adopting an integrated interdisciplinary perspective will help ensure no stone is left unturned and no option is under-analyzed. Keeping this in mind, please note that the main purpose of this article is to serve as a thought paper, to invite discussion and expansion at round tables across the country. The models and frames of reference introduced are not conclusive or exhaustive by any means.

One such framework that may serve as a backdrop for the integration of interventions (intended to address the issues outlined above) comes from the field of organizational behaviour and performance. Known as the Congruence Model, this framework provides an integrated approach to problem solving that is guided by the degree of congruency between four fundamental building blocks deemed critical to organizational success. These four building blocks include:

The main principle of the Congruence Model framework pivots around the degree of alignment or misalignment. The more aligned the building blocks, the fewer performance issues. The following example will demonstrate how alignment amongst the four building blocks can impact officer decision making and performance. It will also demonstrate how systemic racism and discrimination can inadvertently be present within the very policies and procedures used to guide decision making and action.

While sensitivity training is beneficial, training alone is not sufficient to prevent a similar situation from occurring in the future. That is, unless the policies and procedures are amended and adjusted to align and account for cultural diversity, the officer would either have to violate policy and procedure in order to respect Indigenous culture or knowingly disrespect cultural sensitivities to uphold policy and procedure. Any efforts to align the policies and procedures with cultural diversity would then need to be supported by changes in both operational structure and resourcing in order to be successfully implemented.

In addition to such organizational frameworks, there are two major underlying questions that can help guide our thinking as we strive to address issues of the day. First, we must ask, “What are the unintended consequences of current practice, policy, training?” Secondly, we must ask, “What behaviour does the system (both formal and informal) reward?” Answering such questions through an integrated interdisciplinary lens requires us to look deeply at what we do, how we do it and why we do it.

To demonstrate how such questions may help us move forward in addressing current challenges in policing, we will turn to the topic of use of force training and practice.

Consider a common training concept introduced to many police recruits during use of force training: the warrior mindset. Such a training principle has come under scrutiny with suggestion that it promotes the importance of physical control and cultivates more favorable attitudes toward use of force.

In contrast, the guardian mindset emphasizes communication over physical control. When considering issues of conflict during police-civilian contact, minimizing use of force and preventing injury, we need to consider the unintentional consequences of a principle such as the warrior mindset and its impact on both community relations and officer well-being. Ask, “Is it more likely to lead to an increased risk of injury for both citizens and officers alike?”, “How does it impact community trust and officer wellness? “, “How does it support or impede the cultivation of the very values many agencies focus on during recruitment?”. This includes compassion, respect, communication and accountability—values that are essential for achieving the overarching goals laid out above. Such an inquiry invites us to think more deeply about new possibilities that may better meet the realities of today.

While officer safety should always be an organizational priority, we also need to rethink what contributes to officer safety. For example, recent work around resilience training would suggest officers who are less resilient have a tendency towards anger, cynicism and low tolerance while more resilient officers tend to be less stressed and more situationally aware. It is not a stretch to suggest that resilience training may have a place in addressing certain issues in policing.

“Given the complexity and dynamic nature of policing, it is highly unlikely that any one model, theory or approach will hold the answers we seek, but adopting an integrated interdisciplinary perspective will help ensure no stone is left unturned and no option is under-analyzed.”

Incorporating an interdisciplinary approach in the development of a national model for de-escalation and crisis intervention training can be of value in helping us better understand how these situations occur. Such an understanding holds the potential to help identify critical ‘turning points’ in police/civilian interactions that may support the development of training that enhances officer response through improved awareness and cognitive flexibility.

It is common to adopt cause-and-effect logic when analyzing use of force encounters. In fact, it could be suggested that most use of force training and models are built upon the very logic of causation. While there is validity to the cause-and-effect logic in certain situations, we must question the limitations of such frameworks, particularly when considering the goals of de-escalation and crisis intervention training.

From a non-reductionist perspective, it is suggested that causation logic is limiting in that it does not necessarily account for the emergent and dynamic unfolding nature of situations, and, more importantly, the pinpointing of critical ‘turning points’ as opportunity for de-escalation and intervention. A non-reductionist approach would describe a situation as a series of micro events that emerge from, and are conditioned by (but not necessarily caused by), the preceding events. Such a framework more adequately accounts for the temporal relations, and subsequent leverage points, within the unfolding situation.

Consider the following scenario: a police officer responds to a call for a person in crisis and the person is armed with a knife. The exchange between the officer and the individual involves a series of turns—also known as micro events—and each turn is conditioned by the preceding turn. The turns below are represented as ‘order/response’ and ‘response/order’.

In this scenario, the officer focuses on rendering the situation safe through a series of verbal commands directed at dropping the knife. Despite his efforts, the person does not comply. From a cause-and-effect perspective, we can predict how this situation might end, which highlights the limitations of a cause-effect cycle. However, if we assess what is happening at each ‘turn’ through a different lens, we can potentially alter the conditions (through communication and action) of each exchange, thereby influencing and de-escalating the situation. This requires a certain level of ‘meta-awareness’ and cognitive adaptability that necessitates the monitoring and adapting of tactics rather than pre-maturely anticipating future states.

Critical reviews of current best practices would be best served through an integrated interdisciplinary approach that involves a level of depth and breadth that leaves no stone unturned. Nothing happens in isolation. Everything is interconnected—either being acted upon or acting upon. Our challenge is to see the forest through the trees as we move forward with the modernization of policing in ways that honours the communities we serve and the people committed to serving those communities.

Lori Horne is the founder of Situational Awareness Training & Research (SATR), a training and consulting business resulting from her doctoral work and fuelled by her experience as a Toronto police officer. She can be reached at info@satr.co or through satr.co.