Features Off the Shelf
375+ International Prisoner Survival Tricks by Joseph A. Laydon Jr. 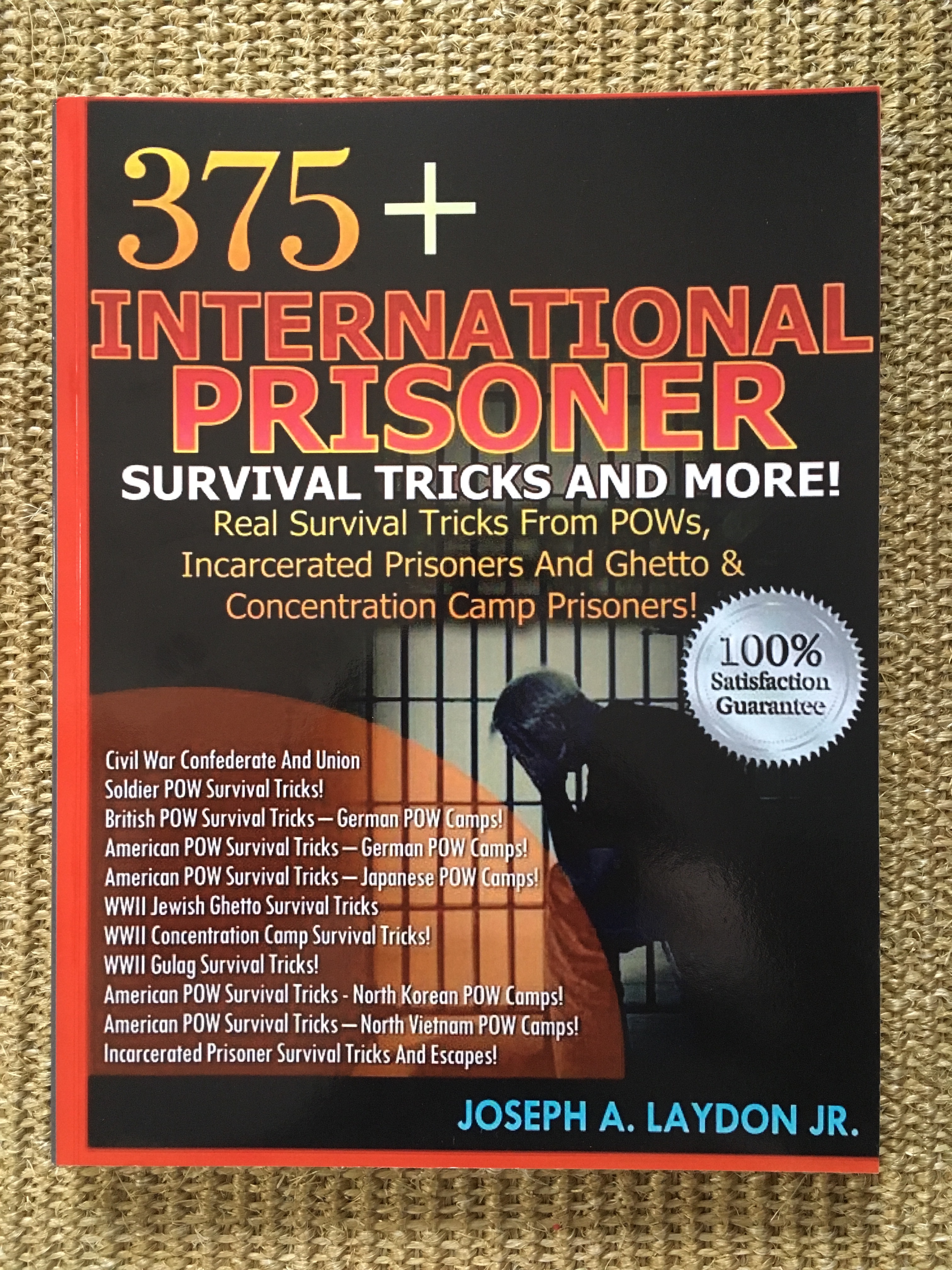 A while ago I heard about a book that chronicled the history and evolution of skills and tips for the prisoners of war (POWs) or captives in a foreign land. After much digging, I contacted the author, Joseph A. Laydon Jr., and arranged to have a copy shipped to Canada.

Laydon’s compendium is a tome of well-researched, historical material. He has dug deep into the world of POWs (in an American context, specifically) – from the U.S. Civil War to the Cold War-era – and their methods of survival, escape and reunification through simple tips as well as in-depth case studies.

As the nature of warfare has changed with the introduction of ever-advancing technologies, the realities of captivity remain. Allied soldiers have been held captive in more recent conflicts such as the Gulf Wars, the Balkans/former Yugoslavia and in the Middle East. And though one never knows in advance the circumstances of one’s possible captivity, a study of historical methods (both by captors and captives) is beneficial. It gives scope and depth of knowledge, which may be adapted in given circumstances.

In some current theatres of conflict, one’s adversaries may tend to be on the less-technologically advanced side. If one is to be effective in combating such foes, a study into their “low-tech” methods will yield insight into their weaknesses. To that end, studying historical methods of captivity and restraint allows for the operator or agent to understand the weaknesses in those methods and train to exploit those weaknesses to one’s advantage.

As an example, “high tech” security features (locks, handcuffs, etc.) may be in use by one’s own forces, but in some areas in the world, technology may be 50-80 years behind the times. They are often using outdated, “low tech” restraints and locking mechanisms. Awareness and training in the exploitation of these could be crucial to one’s survival.

I would also argue that even by reading through this book in a non-military or operational context, if one were to find themselves kidnapped or held in unlawful confinement, some of the points discussed in this book may be of help, again depending on the circumstances. The more you know, the more options you may have.

To bring this around full circle, Laydon does an excellent job of providing a thoroughly researched historical account of survival methods used by POWs and also the captivity methods of their captors. Even more useful are his personal notes from his time in the military and through various survival schools.

It is not an instructional manual, per se, but rather an in-depth reference, highlighting many historical and contemporary methods and ideas for use in such environments. There are no pictures or diagrams to see (though there are a few exercises to learn), however, the sheer multitude of referenced tips and tricks leaves one much to think about.

This review was originally published on truenorthtradecraft.ca.

Related
To Guard My People by Jack Templeman
Mental Health Awareness: Self-Care for First Responders by Stephanie Miloknay and Marc Laferriere
Armor Your Self by John Marx
Career Suicide Is Overrated by Brian Knowler